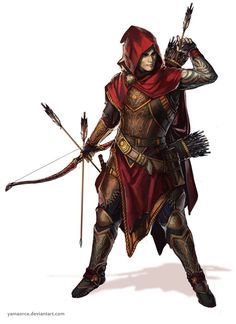 
While trapped in the Realm of Ravenloft, Tuco was slain trying to save his comrades in arms at the ancient windmill known as the, “Bone Grinder”. A coven of night hags and a black Salaad lived at the windmill making pasties out of ground up children. Tuco rushed into the first level of the windmill to rescue Egath of Clan Lutgehr and Sir Di’Artemus Logarian. During the battle, the Black Salaad impaled Tuco with his razor-sharp claws and then bit of and ate Tuco’s head.

Personality Trait
If you cross me, I hold a grudge long and hard. I will go out of my way to cause you pain and agony (Physical, emotional, financial).

Ideal
I must prove myself. My family disowned me when they discovered I was a Thief. Even though I tried to explain that the skills I have can be used for good as well as bad.

Bond
I will not stop being a thief, but I will prove to my family that it can bring good to the world.

Flaw
I will use my family name and influence until it is discovered that I was disowned.

Background
Traxalin Springleaf was born to the noble house of Teargarden over 100 years ago. He was educated and groomed to be a productive member of the ruling class. His family is very proud and strict in the adherence to their heritage and duty. When Traxalin was but 20 years old (adolescent for and elf), he wandered into a cave not far from his families summer cottage. That fateful day would change his life in many ways. As he was exploring in the cave, he became entangled in a large spider web. His struggles
to get free caused the “Egg” of baby spiders to hatch, and he soon found himself struggling to release himself from the webs and fend off the multitudes of spiders. As a your noble elf his training in the martial arts had not begun, so his efforts were not successful. The spiders bit at him until his screams for help were just moans and whimpers. However his screams for help did attract the attention of a
Human that was unexplainably nearby. This Human found and rescued Traxalin from his predicaiment. Traxalin and the human (Peter Mavan) became friends. His family did not approve, but since Peter had rescued their son, how could they refuse. Peter was a cheerful fellow, with a flair for trickery. Traxalin was fascinated by the nimble fingers and sleight of hand tricks that Peter would perform. Traxalin and Peter would spend hours together practicing these tricks and even perform for crowds of children.
Traxalin started looking for others that could show him new tricks, and eventually was introduced to the Rouges guild. Traxalin’s family upon discovering that he was associated with the Rouges guild, demanded that he renounce these evil ways and return to his proper studies and duties. Traxalin tried to do as his family demanded. For a small while he was able to withstand the temptation of learning and mastering these
tricks. But eventually he found himself sneaking out to the Rouges Guild to learn more.
When his family realized that he was disobeying their orders, they demanded that he choose between their House and Duty vs. his evil trickery. Traxalin argued with his family that these sleight of hand and tricks could help in his duties and be used for good purposes, but the argument fell on deaf ears. So Traxalin was deemed unworthy of the name Springleaf of House Teargarden, and was disowned. He was cast out of his house and home, and shunned by his family. He went to the only place he knew. The Rouges Guild and took the name Tuco. One day he will return to his family and prove that these skills can be used for good, and that he once again belongs in their house. But until such a time he will have to travel life’s roads alone. 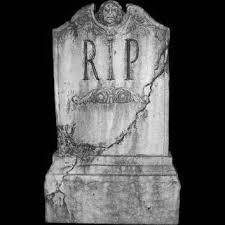