Personality Trait
I face problems head on. A simple, direct solution is the best path to success.

Ideal
Might. In life as in war, the stronger force wins.

Bond
I’ll never forget the curshing defeat my platoon suffered or the enemies who dealt it.

Flaw
I have little respect for anyone who is not a proven warrior.

Background
I am Oki, son of Maichon and Ruindoldis. I joined the Elven Army of Thorontur at the age of 125. I was a Lieutenant in the War of the Burnt Wood. Personalily Trait: I face problems head on. A simple, direct solution is the best path to success. I was a front line soldier who was slaying orcs and ogres one by one. In one of the small battles I killed an Ogre chieftan and took a piece of his broke blade he tried to slice me with. In the early morning on the eve of the war being over my platoon was ambushed by a group of Ogres and we were suprised and unprepared. My whole platoon was killed while a group of farmers and townspeople looked on from over the wall of the city we were trying to protect. This is where my flaw comes in. I have little respect for anyone who is not a proven warrior. I barely escaped with my life. I found a small cave I climbed into and waited out the night and made it to a small town not to far from the ambush. Bond: I’ll never forget the curshing defeat my platoon suffered or the enemies who dealt it. Friends and brothers I will never see again. I traveled to the small city of Crown Point where I purchased a small house. I got into heavy dice throwing and gambling in the town and can’t stop because the rush of not knowing if I am going to win or lose is the second best feeling other than stabbing an Ogre in the belly. My Ideal in life is Might. In life as in war, the stronger force wins. As of now I am just waiting for the right time to join a battle and avenge my fallen brothers. 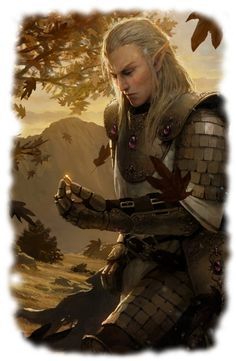